This ancient Mayan site is 70 miles west of Belize City located atop a ridge on the Mopan River within proximity of the Guatemala border. The first modern explorations of the area were conducted in the mid-1890’s, and according to our guide [Jerson] excavations are still taking place. They have revealed small family-based villages [residential groups] and farms that spread out over the landscape.

Xunantunich was built as a ceremonial center at the end of the Late Classic Maya Period around 600 AD, but the site has a long settlement history dating to the Early Pre-Classic [1300-1000 BC] period. The property encompasses 22 acres with the center being relatively small in comparison to the overall structure. Our guide barely touched on the specific rituals that took place, but indicated sacrifices were amongst the protocols.

Though the area is steeped in history, it was breathtaking to be able to hike and climb the ruins or see archeologist tucked into a space unearthing finds for the day.
For additional information pop over to Yoair Blog for more travel information on Central America. 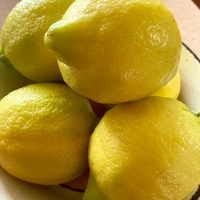 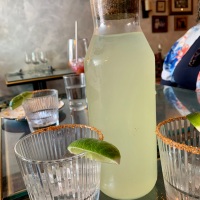 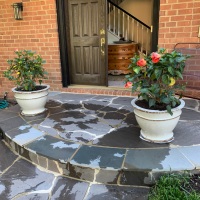 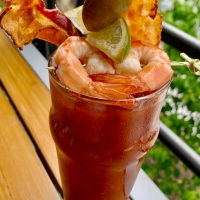 Rice terraces in Penebel, Bali, Indonesia
A few of the family are in Bali spending time at Broken Beach a little cove on Nusa Penida island.
Ideas for flower boxes at Heath. Photo taken by Tony in Charleston.
Balmy breezes on the beaches of San Pedro, Belize.
Wishing for balmy breezes and palm trees this summer!!!
Coq au Vin from Bistro du Jour - on the Wharf in SW DC, and a quaint spot this side of the Atlantic.
Getting together with friends after work for a “Bloody Mary” with shrimp and bacon…. a perfect meal!!!
Walking through the peony garden this evening, enjoying fresh air and the sounds of spring! !!
Paris in spring is always classic!
Join 1,485 other followers