As summer is quickly approaching I have begun scheduling weekend excursions to get away from the ordinary so, that I may relax and indulge in the art scene.

This weekend’s destination is New York City, now considering this region a relaxing place is a relative concept, but when you are inside galleries, viewing exquisite collections, one becomes so focused on the art that the noise and nonsense of Gotham dissipates.

With several galleries to explore along with shops and restaurants planned within a two and half day period, the challenge was put forth. Upon arriving in the city it was imperative to check into the YOTEL New York on 10th Avenue, which is a trendy capsule hotel within walking distance from the Port Authority and Times Square.

Next it was off to the Onassis Cultural Center on Fifth Avenue to see Gods and Mortals at Olympus: Ancient Dion, City of Zeus and to research additional information on the Hellenistic culture, from antiquity to today. The newly renovated midtown Manhattan space, designed by Perkins Eastman, allows the audience to engage with the art and culture from this ancient Greek and Mediterranean period of history. When I wrote the post “Weekend Reprieve”, it was after spending time at the National Gallery of Art {Washington, DC} to view the exhibit Power and Pathos: Bronze Sculpture of the Hellenistic World and to take part in a public symposium; with illustrated lectures by Christopher A. Gregg, assistant professor of art history, George Mason University and Despina Ignatiadou, head curator of the sculpture collection, National Archaeological Museum, Athens.

{Marble horse from a quadriga {acroterion from the Great Altar} Greek, Hellenistic period, ca. 160 BC, discovered at Pergamon, Altar Terrace}

Saturday morning it was time for a trip to the Met to see Pergamon and the Hellenistic Kingdoms of the Ancient World, which will be on exhibition until July 17th. The New York show uses the Pergamon, the Hellenistic capital in present day Turkey as the case study to explore three centuries of fine art, literature and trade from the death of Alexander the Great in 323 BC to Cleopatra’s in 30 BC.

While at the symposium at the National Gallery of Art in early spring, the discussion ensued around Arsinoe; Queen of Egypt who was married to Ptolemy about 282 BC as part of the alliance between Thrace and Egypt. But, I must continue my research this summer while in Athens and Rhodes for clarification of her true role in history.

Enjoy the audio tour of Power and Pathos that was at the National Gallery.
Stay stylish,
K 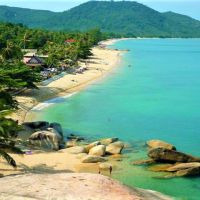 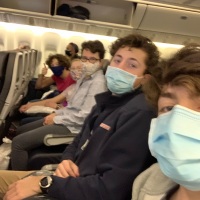