The various styles of architecture represented within Shanghai give the city an eclectic divergence from the neoclassical to the ultra-mandarin of skyscrapers. The construction craze is prevalent throughout the city and has been since, early in the last century.  A cultured oasis, the city is known as the “Paris of the East”  with remnants of an older city styled in Art Deco or baroque, which can be seen down side streets of the French Concession.

The Huangpu River carves the city in two, and on the east bank is the Pudong Financial District where the Jin Mao and the Oriental Pearl Towers (TV Tower) are located. I watched the Bloomberg channel every morning before breakfast. Also, located in the Pudong District is the Shanghai World Financial Center, which was the tallest building before the Burj Khalifa in Dubai, but it is now the tallest building in Mainland China.

{The Jin Mao Tower in the Pudong District, photo taken from the from the Shanghai World Financial Center}

{A view of the Bund at night}

On the west bank is the waterfront area called the Bund. Located on the southwestern portion of the River in the Xintiandi district and the former French Concession. We were told by one of the locals, in the early days of building up the wharves into modern buildings, there was a lack of qualified architects. So some of the earliest buildings were built in Hong Kong, shipped to Shanghai and then reassembled on site.

It was fascinating to see how people lived upon the rooftops within Shanghai. Watching the underpinnings of everyday life unfold each day was thrilling. Families were washing clothes, praying or cooking, it felt like being part of Hitchcock’s movie Rear Window. 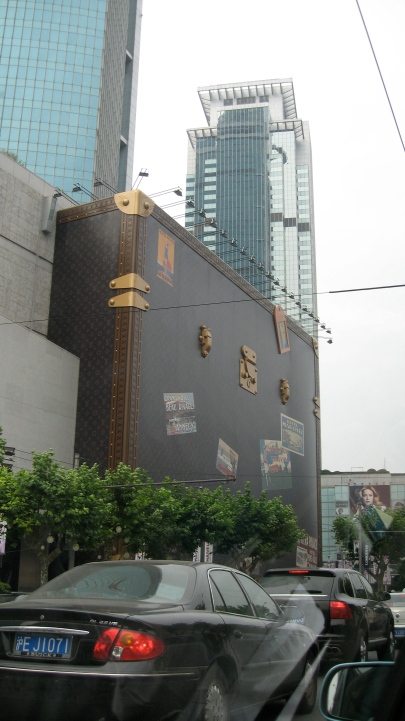 {A dose of Belle Epoque luxury, the Louis Vuitton store from a taxi ride} 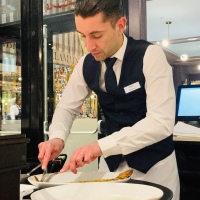 Glass of wine after a full day of museum hopping.
Hotel du Louvre , Paris
The Cafe Richelieu-Angelina at the Louvre
At the Musee Rodin.
Da Vinci exhibit at the Louvre.