“Under the Table” by Robert Therrien 1994 at The Broad in LA.
Relaxing in the Getty Villa garden!!!
Obtaining ideas for next years garden layout from Villa!!!
Afternoon spent at the Getty Villa enjoying frescos and mosaics from “antiquity” on Pacific Coast Hwy.
Lunching with Quy!
Raspberry mousse for dessert.
Lunch at L’Auberge chez Francois in Great Falls, VA.
Empire State Building lighting up at sunset.
Arriving in NYC- Moynihan Train Hall 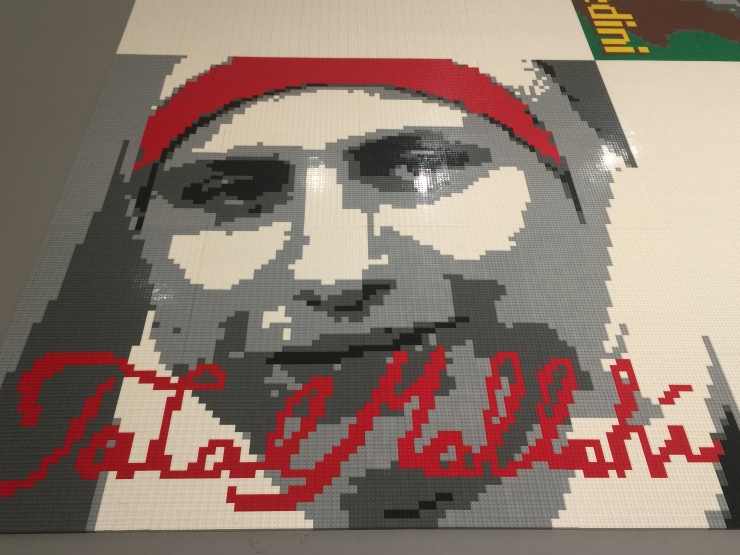 The retrospective exhibition Trace was an incredible installation that portrayed individuals from around the world who are considered activists; advocates for free speech or prisoners of conscience. The works that were on display have now left the Hirshhorn.

The provocative Chinese artist Ai Weiwei promotes human rights and free expression in a Communist society. And, who better to portray such repressed or persecuted individuals than

On the floor of the Hirshhorn are 176 portraits comprised of LEGO bricks of those who have been detained, incarcerated or sought political asylum.